The works of Felix Schramm have always fascinated us. Whether as a room installation or as a photographed multilayer of his realized groups of works. By layering photographs on top of each other, a multilayer is created that forms a new cartography of space. The different layers that are put together result in a completely new conception of space, the familiar is destabilized. 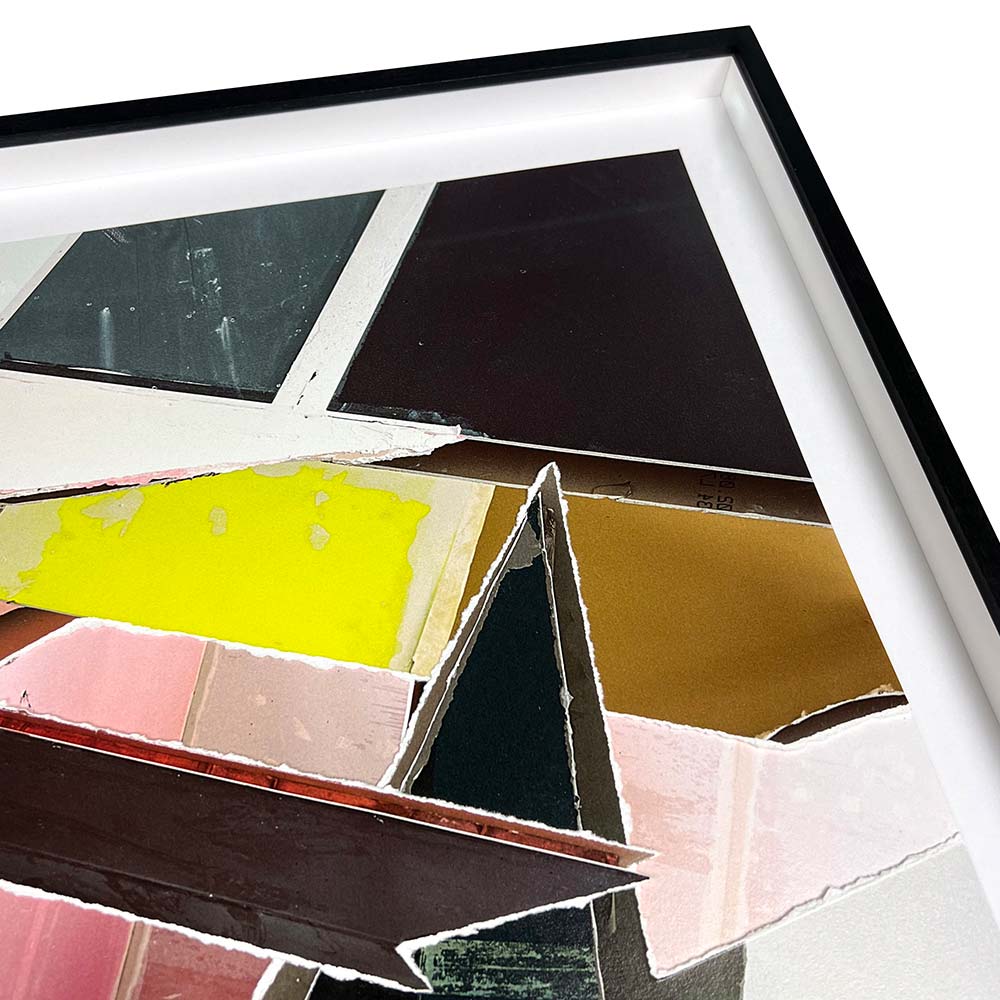 ‚Multiplayer 455’ by Felix Schramm was created together with VogelART in spring 2022. The 15 different works are collages of hand-torn photographs, some of which vary in color. As a basis, photographs of a room sculpture by Schramm are torn and form a new cartography of the original room sculpture as a collage.

By assembling the torn Baryta photo paper, two-dimensional abstracted pictorial spaces with torn edges and pictorial layers are created, floating and fascinating and each slight different. The works are framed with museum glass. Published by VogelART Felix Schramm‘s works impress with the impact they exude, their ability to grow to monumental proportions, and the boldness with which they assert themselves in space. He takes up the theme of displacement in various visual forms.

They are always spatial productions that produce an experience of space, whether as installation, spatial intervention, sculpture, or collage. The viewer is challenged to discern where the artwork ends and the architecture of the spaces begins.

His twisted, fragmented fragments of structural forms-walls, ceilings, floors-burst out of the scaffolding of the building at dramatic angles, as if to explode the exhibition space, creating large-scale works that seem at once menacing and fragile. For Felix Schramm, new formation is generally always dependent on destruction. Without this, for his understanding, no new formation is possible. Therefore, Felix Schramm‘s works always contain both components. 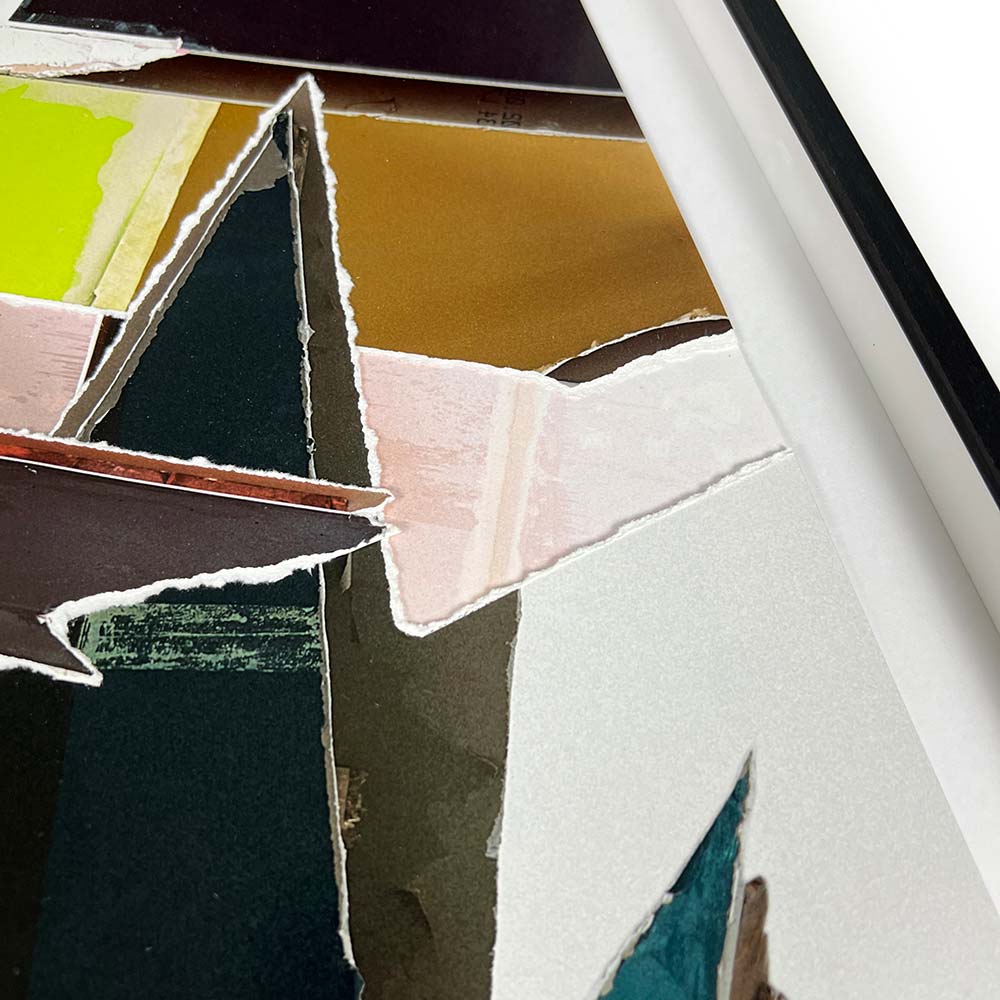 Felix Schramm was born in 1970 in Hamburg, Germany. After studying sculpture at the Academie Di Belle Arti in Florence, he went to the Kunstakademie Düsseldorf to Jannis Kounellis and Walther Nikkel. He still lives and works in Düsseldorf. After his studies he received numerous prizes, followed by stays in Tokyo and the Villa Massimo in Rome. 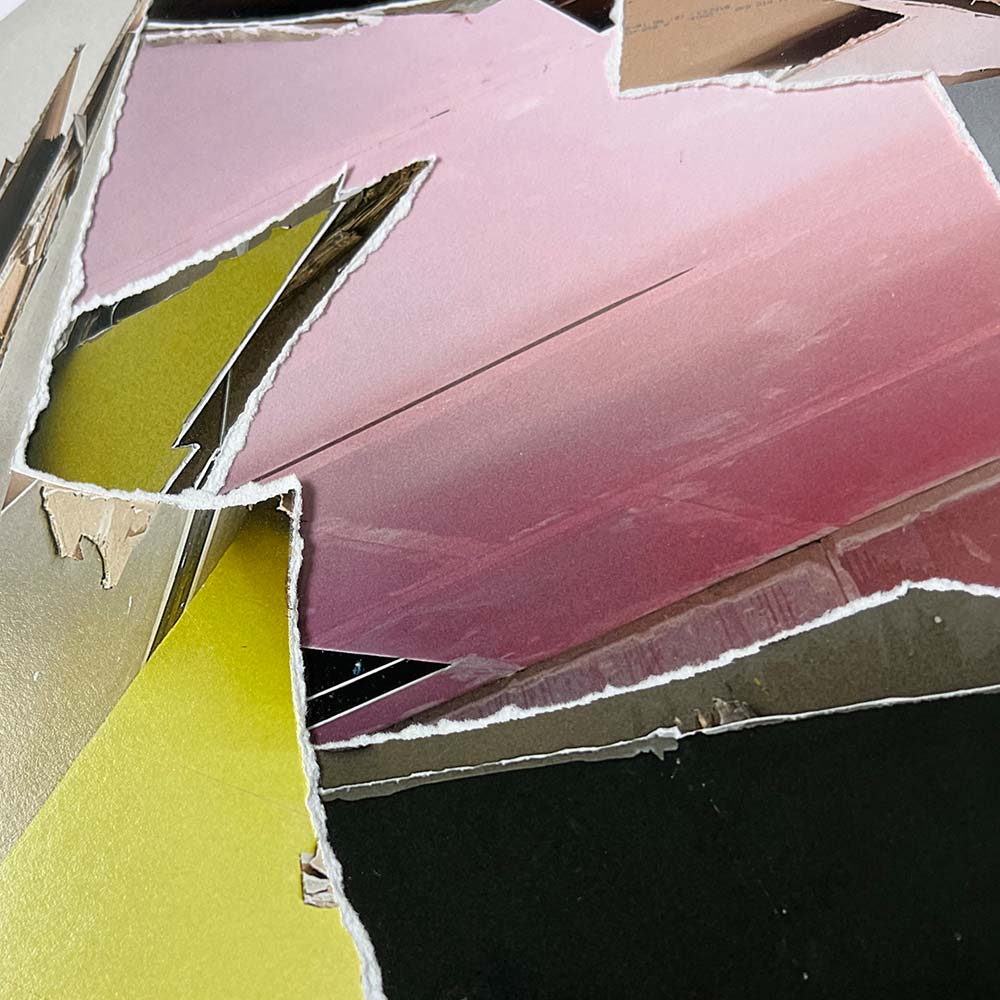